skip to main | skip to sidebar

for nearly seven months last year, i engaged in an e-mail exchange with PBoT on the question whether there have ever been any actual public hearings conducted for the purpose of determining that any particular bike lane or sidepath anywhere in portland is "suitable for safe bicycle use," so as to escape the exception at ORS 814.420(2) from the mandatory sidepath provision of ORS 814.420(1).

ORS 814.420(1) relegates me to a sidepath in many situations in which my own judgment says the sidepath is not the safest place to be. ORS 814.420(3) provides very limited exceptions to the mandatory sidepath rule, very notably not including a situation in which my staying within the striped lane encourages an overtaking motorist to pass too close (unless that in itself is a "hazardous condition" that i am permitted to avoid by moving left) -- and the safe passing distance statute, ORS 811.065, specifically excepts passing a cyclist who is in a designated bike lane.

when i say "me," i mean vehicular cyclists generally, and frankly it is my own view that motorists also need to know what is the actual legal status of these sidepaths. the "general public," in other words.

last april, i sent a formal public records request to maureen yandle, assistant to the director of PBoT, asking for any documents giving notice of, transcribing or summarizing the contents of, and/or stating the conclusions of any such public hearing.

almost immediately, to my amazement, she sent me back a response form indicating that no such records existed.

which i admit is what i had supposed, but the form was unsigned, and it arrived in my mailbox just as ms. yandle and i were trading e-mails in which she seemed to be suggesting just the opposite: that there were so many documents scattered in so many different files that she was going to have to quote me a huge research and copying fee.

at one point, in order to narrow the scope of the request, i had suggested that we could focus on just a few facilities, and i picked out
but this suggestion was ignored.

then there was silence for almost two months, and after some prompting from me, a couple of messages from ms. yandle saying she was meeting with people from the city attorney's office and with unnamed project managers and planners. and finally, in early august, another response form saying they would need to spend forty hours at a cost of a thousand dollars to provide the requested records.

in an e-mail message explaining this second response form, ms. yandle indicated that PBoT would assign a staffer to look through notices, minutes, etc. of public forums and city council meetings relating to adoption of the central city transportation management plan, the bicycle master plan (and update), and the transportation system plan (and updates).

i had suggested to ms. yandle, repeatedly, that the plan documents and the forums and hearings leading to the adoption of the plan documents were not responsive to my records request, which spoke in terms of hearings with respect to particular facilities, not broad policy generalizations. but she did not even acknowledge this objection, much less respond to it.

finally, when i reminded her that my records request included a request for a waiver of fees under ORS 192.440(5), on the ground that making these particular documents available would primarily benefit the general public, ms. yandle responded that fees cannot be waived "because city staff time must be charged to the project." i pointed out to her that this response did not address the public benefit question, and she replied that the decision not to waive fees "has nothing to do with" the question of public benefit.

at this point i asked the multnomah county district attorney to get involved, per ORS 192.460. john hoover of that office asked me to frame a petition, which i did, and he passed it along to the city attorney.

and not long afterward, i got a letter from mark r. moline of the city attorney's office, dated november 23, 2009, confirming that in practice PBoT has simply taken the position that the facilities guidelines set forth in the bicycle master plan meet the requirement of ORS 814.420(2), without the necessity of conducting separate hearings for each facility.

in other words, the april response form, box 6, no records, was in fact the correct response.

this is of course not exactly news. but the fact that PBoT asserts that guidelines in the bicycle master plan constitute compliance with the statute and that separate hearings for each facility are not required had not previously (to my knowledge) ever been formally acknowledged.

once, in the comments section of a bikeportland.org piece on the striping of a buffered bike lane on southeast holgate, i persuaded jeff smith of PBoT to acknowledge the point, but he was not speaking on behalf of the bureau. amusingly, jeff's post mentions that he had "sat through one traffic court proceeding where the judge found this to be an acceptable argument."

presumably what he is referring to is the occasion back in 2006 when he himself was ticketed for taking the lane on southwest main approaching first avenue from the hawthorne bridge. ultimately, the ticket was dismissed because roger geller, who had been called as a witness for the prosecution, testified that it would be reasonable for smith to leave the bike lane to prepare for a left turn, more than a block away.

so. that is the city's position. separate hearing not required for facilities covered in the bicycle master plan.

one imagines that this implies that actual facilities, paint on the ground, in fact conform to the guidelines set forth in the plan. let's have a look.

does anyone seriously believe that any of the three facilities mentioned earlier in this post -- broadway, lovejoy, williams -- conforms to these guidelines? i can tell you for a dead fact that the bike lane on northeast tillamook at 41st, next to the library, does not, because i have been out there with a tape measure.

so maybe these are exempted from the mandatory sidepath law. 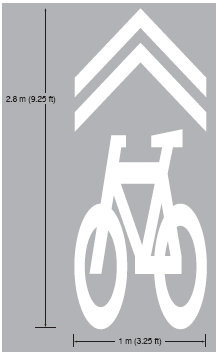 the author asserts a copyleft with respect to material posted to this site. anyone may distribute copies of this material, provided (a) no fee is charged, (b) the source is acknowledged, and (c) any modifications are identified. 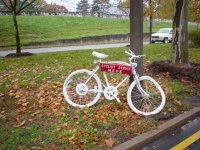 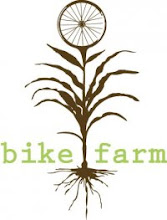 the people's department of transportation 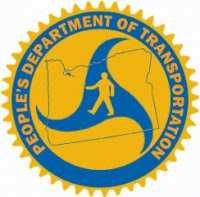 i, um, kinda support the plan because it includes a proposal to look into repealing the mandatory sidepath law. and some other stuff. 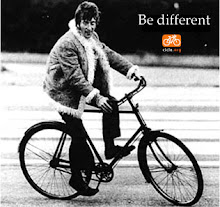 i used to be cruel